FacebookTweetPin
It’s a quiet day around here.
Miss A has been sick since Sunday morning…high fever, upset tummy, sore throat, the whole nine yards.  My nephew has the same symptoms and his doc thinks it might be Mono. Awesome.
Did I mention we spent the weekend with my nephew last weekend? Yeah.  I’m saying a little prayer every five minutes that she gets better soon and that neither of those germy little punks actually has something serious…school starts in a few weeks and we have a lot more summer to soak up!
So…Mr. Man decided today we needed to play some board games. He loves a good board game.  His current favorite is Monopoly. 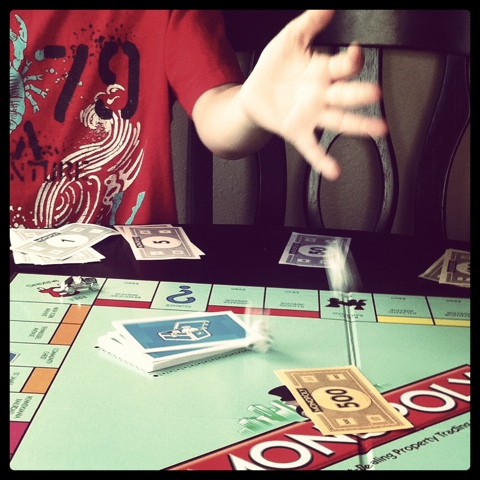 Confession:  Sometimes I hate playing board games with my kids.  Especially Monopoly.  It takes sooooo long and I have a ton of stuff to do:
The beds aren’t made, there’s laundry to be folded, the dog needs her goopy eye medicine, I have to go set traps for the army of ants that’s invaded our house, the floors really should be swept, I have paperwork to fill out for school registration, the dishwasher needs to be unloaded and then loaded again, I’d like to look online for some back to school sales, I have a couple phone calls to return and some emails to answer and for the love of God, I’d like to shower at some point today……
And then I remembered that I’ll always have all of those things to do plus 347 more since lists like that never actually end, but childhood does.  So I dropped the list in my head and took a deep breath and we played Monopoly. 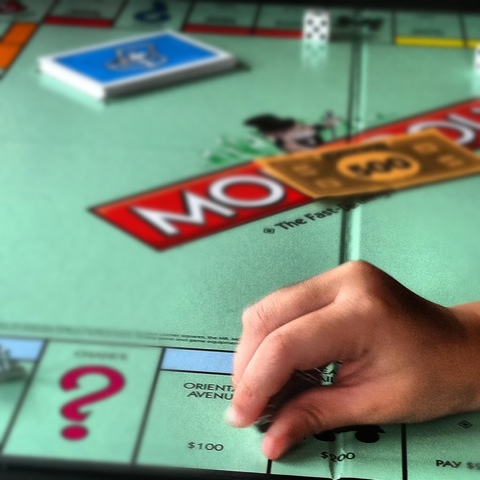 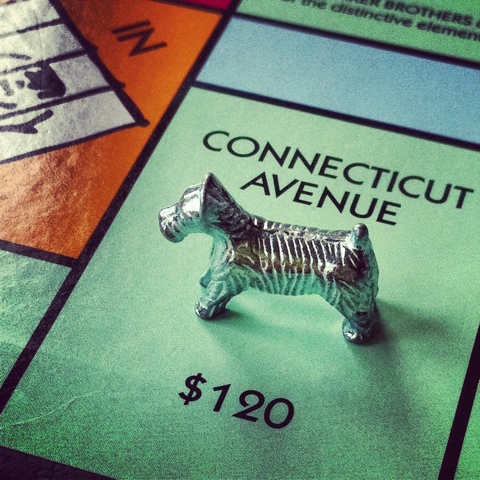 And I did that thing where you try to capture the moment in your brain and try and make sure it turns into a memory cause you don’t want it to fade into the background and be just another day in your life.  Because, I just know someday I’ll be begging them to sit down and play Monopoly with me and tell me about their lives but they’ll be too busy with their own to do lists and they won’t want to. 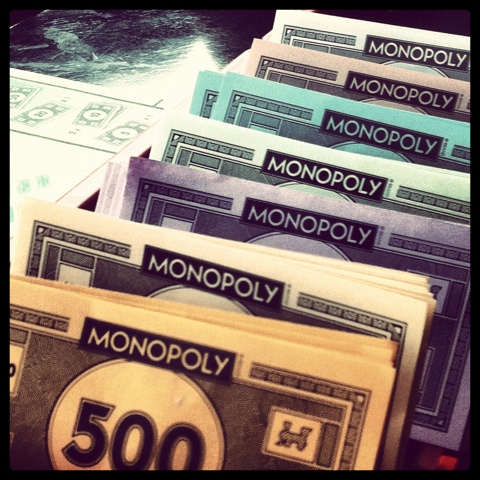 So we played, and played, (and played)…but it was worth all that time and all the unchecked items on my list.  I’m so grateful for the reminder that sometimes I need to just be present in the moment and stop trying to be superwoman and count my blessings.  Ahhh….I needed that.
xoxo,
Jen
FacebookTweetPin