For the last couple years I’ve created an annual family photo book at Kodak Gallery.  The books are a lot of work to put together but I’m so glad I do it. They really turn out amazingly cool.

Our 2010 album arrived in the mail today (yes, I realize it’s nearly 2012, why do you ask?) and our family had so much fun pouring through it this evening. It’s unbelievable how much the kids have grown in nearly two years.  And how chubby their faces seemed to be in 2010.  Their 2011 faces are positively gaunt in comparison.  It’s absurd.

When I put together the books, I try to make it a photo journal of our year which means I do my best to include not only the happy, smiley times but also the good, the bad, and the ugly. (Speaking of the latter, you should see the picture of me on Easter 2010-the kids weren’t the only ones with chubby faces that year, apparently. Yikes!).  There are pictures scattered here and there of tantrums and meltdowns and general disgruntled-ness.

There’s also these pictures, which struck me when I realized they were taken exactly one year ago to the day: 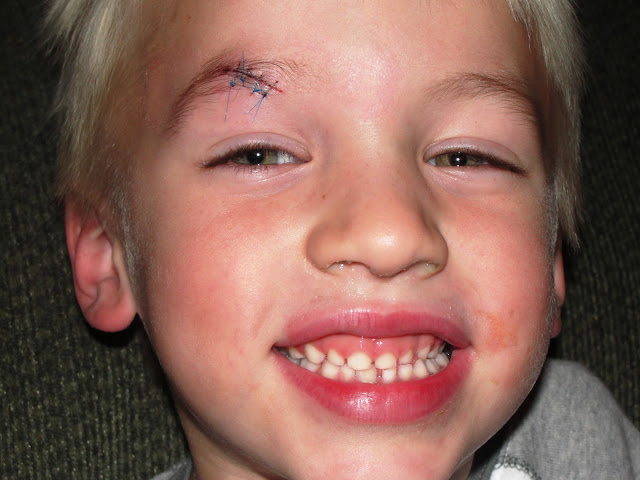 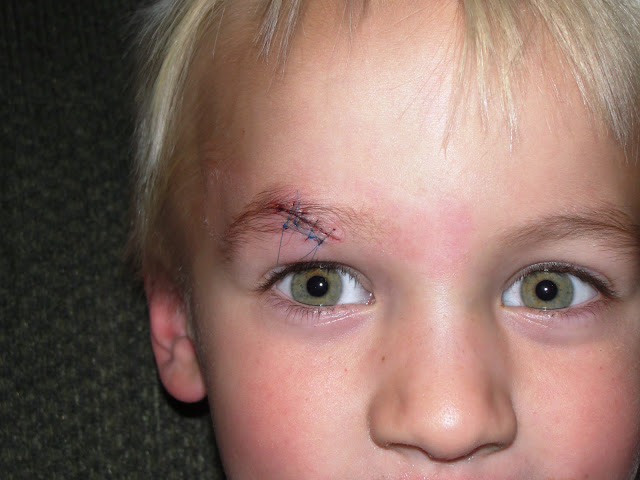 How did this happen?  Isn’t it obvious? Mr. Man dove on the ground to catch a Beanie Baby he himself launched into the air and his eyebrow accidentally collided with the sharp metal lip of a metal toy bucket.  Duh.  I’ve literally never seen so much blood.  Dark, thick blood pouring into my baby’s eye.  Horrifying.

From his smiling face in these photos you would never guess that an hour before this I was holding him down in the ER as they sewed him up while he screamed to me with those gorgeously green pleading eyes, “Make them stop, Mama! Make them stop! Pleaaaase, Mama!”  My eyes are welling up and my heart is palpitating as the memory passes through me right now…*shudder*

Have you ever seen the movie Kramer Vs. Kramer? 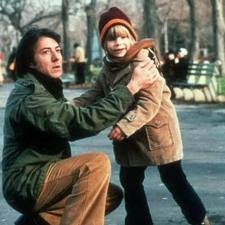 It’s an Oscar winner from 1979 starring Dustin Hoffman and Meryl Streep.  It’s about a couple in NYC going through a horrible divorce and custody battle over their young son.  I watched that movie when I was very young and it’s always stuck with me.  There’s a scene in which Dustin Hoffman’s character takes his son to the ER for stitches that always horrified me…even when I was little I always sensed that the experience was far worse for the parent then the child…It’s uncanny how identical the scene from that movie was to the scene in my own life one year ago tonight. Rent this movie soon if you’ve never seen it!  It’s so, so good.

But I digress…or, wait. Can you digress if you never really had a point to begin with?  Maybe not…

I think this is my point…making an annual photo books is a gigantic time consuming pain in the ass (all the editing and sorting and uploading of photos and what have you) but a very rewarding pain in the ass.  I’m so glad I force myself to do it every year…”These are memories frozen in time, people!”  (Can you name that movie? It’s pretty random, I’ll be impressed if you can!) And I’m glad I force myself to remember even the less then perfect because it’s all valuable in the end.

My other point is that I am glad that it’s not the late 70’s anymore on account of the really bad hair.

In summary, go forth and make a photo album everyone (preferably while watching Kramer Vs. Kramer) so you can record for all time your fabulous 2011 hair!!  You won’t regret it!

P.S. I’m happy to report that Mr. Man’s scar is barely noticable and that all he remembers of that incident is that the nurse gave him TWO cherry popsicles when he was all done. 🙂