FacebookTweetPin
Hi.  It’s me.  I’m still here.  Rather then offer you lots of excuses/reasons both good and bad for my prolonged absence I thought I’d just quickly get you up to date on what’s been going on in my little world for the past…uh…seven months. (Has it really been that long? What the hell’s my problem?) After the recap, let’s just move on and never speak of this again, shall we? Agreed?  Okay, here we go…
Last we spoke it was around Thanksgiving 2011.  I did not actually fall off of the face of the earth since then and here’s some photographic evidence to prove it…
December 2011 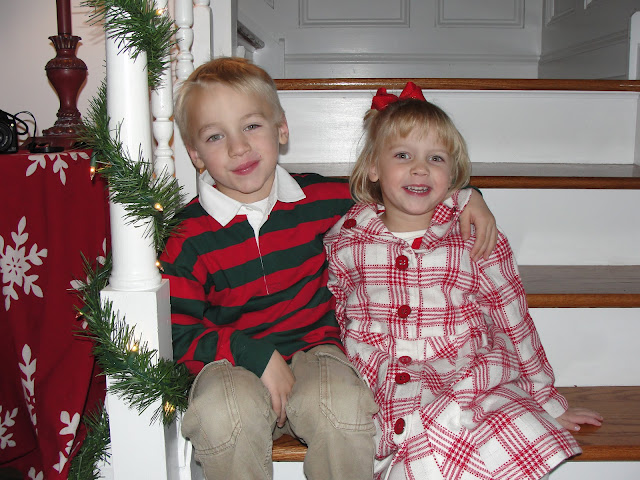 Merry Christmas!!  Mr. Man and Miss A got all gussied up to go visit Santa with their cousin near my sister’s house in the Chicago suburbs…this photo was taken at my beautiful sister’s beautiful Martha-esq house during the holidays.  If you’re noticing a look of mild shock on Miss A’s face it’s probably cause she’s still trying to comprehend the idea of being in a home that’s so immaculately clean and tastefully decorated.  She’s a bit out of her comfort zone…

We had a very blessed Christmas and I hope you did, too! 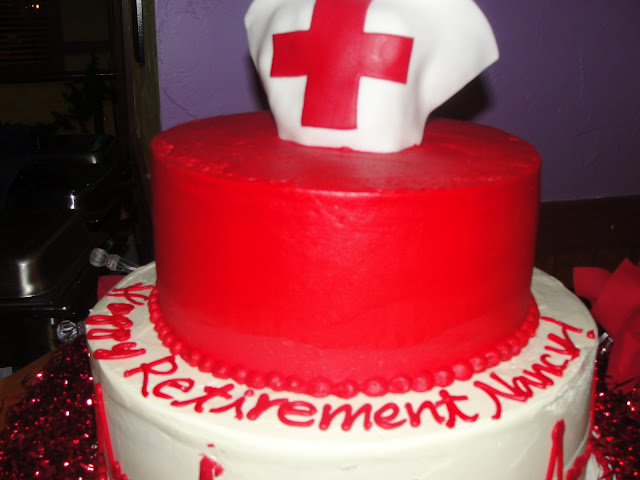 Happy New Year!  Was it everything you hoped for?  How are those resolutions coming?  I didn’t make any.  I never do.  I like to keep my standards low thus minimizing my self loathing throughout the rest of the year.  But that’s just me…


This January was marked by celebrating the retirement of my dear Mother in Law after 43 years of nursing.  We decided to throw her a little retirement bash and I was in charge of ordering the cake…how fabulous is this?? 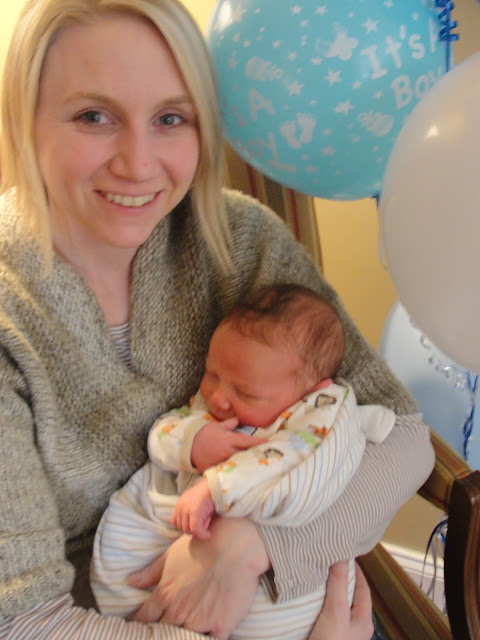 I became an aunt…again!  This little bundle of cuteness blessed us with his presence on February 23rd.  Almost a full week late.  My babies had the common decency to be born 3 weeks and 2 weeks early, respectively and to weigh in under 8 pounds so I couldn’t even imagine what my poor sister was going through when this beastly (practically 9 pound!) monstrosity decided to take his sweet time to join the world.  Good thing Mr. T is devastatingly handsome. And, incidentally,  as a child of the 80’s, I’m going to have to come up with another nickname besides Mr. T. for him.  I can’t say that without picturing his sweet little baby face shouting “I pity the fool!” and sporting a Mohawk.  Hmmm… 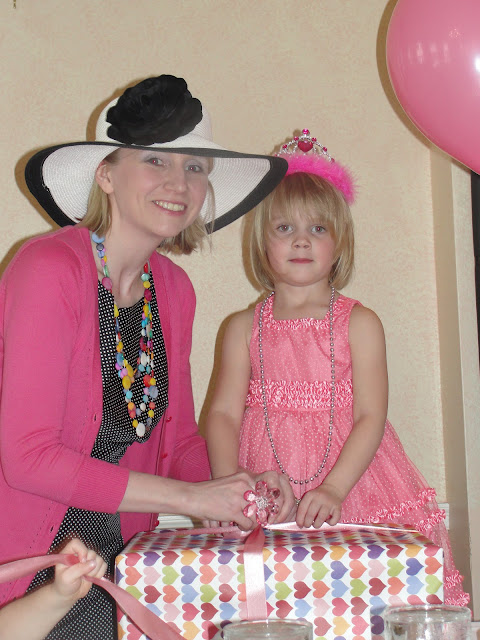 Happy Birthday, Miss A!  My princess turned 4 years old in March!  We had a girls only Princess Tea Party for her at a charming little tea shop downtown.  All of the guests were required to wear a fancy hat. I love her little “superior” face in this photo! 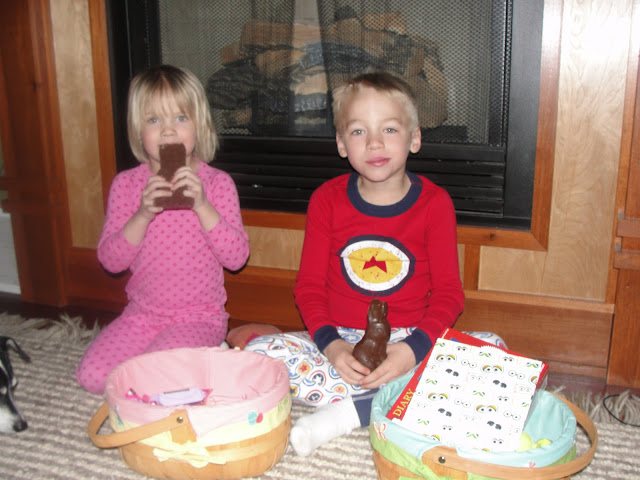 Happy Easter!!  We celebrated at my mom’s house, and thankfully, the Easter Bunny was able to find us.  He again rose to the challenge of providing peanut free Easter treats for Mr. Peanut Allergy…not an easy task!  I’ve heard he likes to use this website to load up on fabulous options.  Check it out! 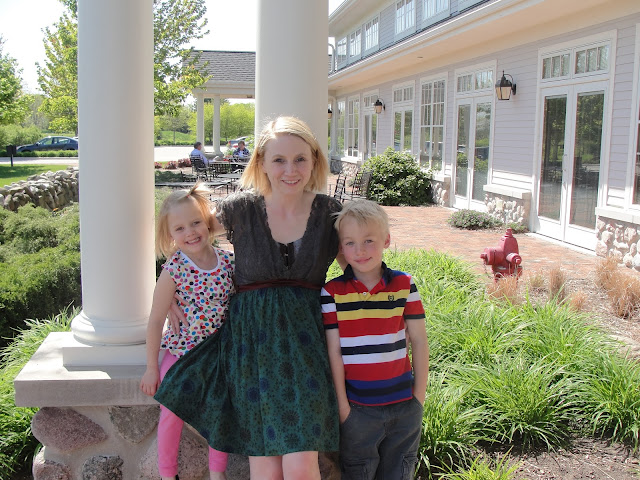 Happy Mother’s Day! I had a simply lovely Mother’s Day this year.  I spent almost the whole day not having to mother my children.  Isn’t that what Mother’s Day is all about??  My sister-in-law and I spent most of the day at a spa and then rejoined our families for a late afternoon champagne brunch.  Fabulous!  Mother’s Day is just not Mother’s Day in my opinion if I don’t get to spend it childless, well-groomed, and slightly drunk.  Kidding.  (Kind of).

June 2012
We went to Disney World!!!  We left on the last day of school for Mr. Man and I and stayed for a week!  We got back a week ago today…I’m still not completely recovered.  I’ve never been so exhausted after a vacation in my entire life.  Wow.  We had so, so much fun though and I would go again in a heartbeat.  Maybe not so much in June, though.  June in Orlando is maybe a couple degrees cooler than the surface of the sun.  That was a little rough on this born and bread northerner, that’s for sure.  I have spent the last 6 months becoming a true Disney Dork to the point that there were actual spread sheets involved in planning this vacation.  Color. Coded. Spreadsheets.  But the vast details of my new found Disney expertise will need to be a post (or two) all it’s own.  Suffice to say for now, we had a magical trip… 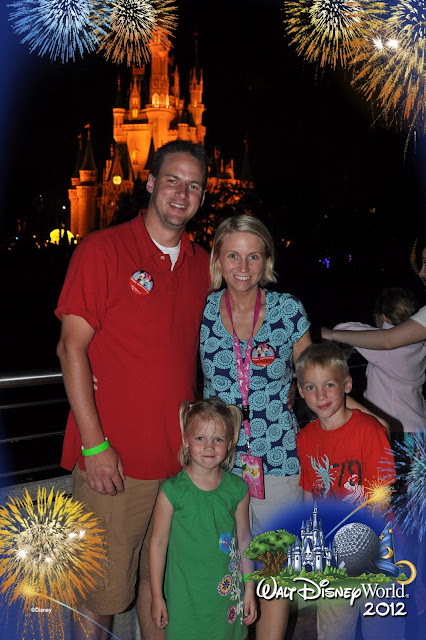 So, there you have it…that’s what I’ve been up to (more or less) since Thanksgiving.  I hope to never leave you for so long again…I really have missed Filling Up My Cup and have written many posts in my head. I can’t wait to try to get some of them out of there and out into the blogosphere…  Let’s have a fabulous summer together, shall we?