FacebookTweetPin
Hello again, my lovelies.
I’m going to skip the part where I apologize for being gone for a week and cut right to the chase.
Here’s the short story: I’ve been in Chicago attending various events related to the Ryder Cup since Wednesday (For anyone who doesn’t follow golf, the Ryder Cup is a major PGA tournament in which the best of the best from the USA  compete in match play with the best of the best from Europe for the Ryder Cup trophy).
Here’s the bottom line: It’s time you knew… I’m best friends with Justin Timberlake.
My sister and I met him before the Ryder Cup Gala (a fantastic show that kicks off the Ryder Cup tournament for which JT was the MC) and now he won’t stop calling me.  It’s starting to get a little embarrassing.  Seriously, dude needs to give me some space.
Fine.  There are parts of this post that I may have taken a bit of creative license with.  I’m not so much “best friends” with Justin Timberlake as I am someone who’s name he wouldn’t be able to tell you if his actual life depended upon answering correctly.  Or, we’re best friends.  You know, either way. Also, he’s never called me.  But he totally would, you know, if he knew my number…and, like, my name.  But whatever.  We would totally be BFF’s if he had had the time to get to know me better.  For sure. 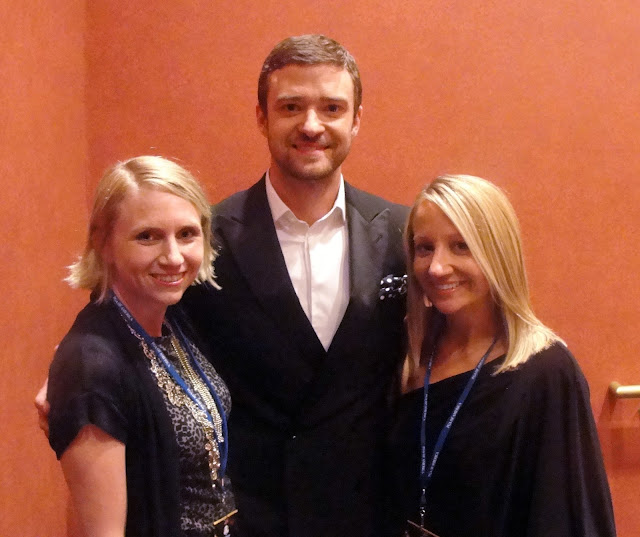 But this really is me,  and that really is Justin Timberlake and that’s my real sister (aka Third Wheel).  And we really did meet him.  Go ahead and scream…I’ll wait.
We spent hours chatting and telling each other our deepest secrets. I spent maybe 3 and a half minutes with him in a hallway. He shook my hand, looked me in the eye, and said he was going to break up with Jessica Biel immediately so he could spend the rest of his life with me   that it was nice to meet me.  And then we locked in a passionate embrace he just walked away.
Sorry, I’ve been having a little trouble telling the difference between the story I have recreated in my head and the one that actually occurred.
Seriously though, it was pretty cool.  I’ve never been one to totally lose it over celebrities but I have to say, I was freaking out and giggling like a 12 year old girl at a Bieber concert over the anticipation of meeting him.  I was also having crazy dreams about him a week before this event as you may remember from this post.
I don’t know what was wrong with me….okay, yes I do.  I was about to meet freaking Justin Timberlake.
The show was so much fun. Justin was hilarious and very down to earth and totally entertaining.
I have my brother in law to thank for the incredible hook up.
He works with the PGA and made arrangements for our little meet and greet prior to the start of the Gala.
I totally take back every mean thing I’ve ever said about him….for now.  Until the next time he acts like a jack ass. But I think we’re good for a long time. (I kid, I’ve known BIL since he was in 5th grade and I totally love him, in a very love/hate brother/sister he drives me insane kind of way).
I have more Ryder Cup pictures and stories to share with you but I’ll save them for another day.  I think my new BFF deserves his very own post here on FUMC.
And now, I leave you with proof that JT was totally into me…. 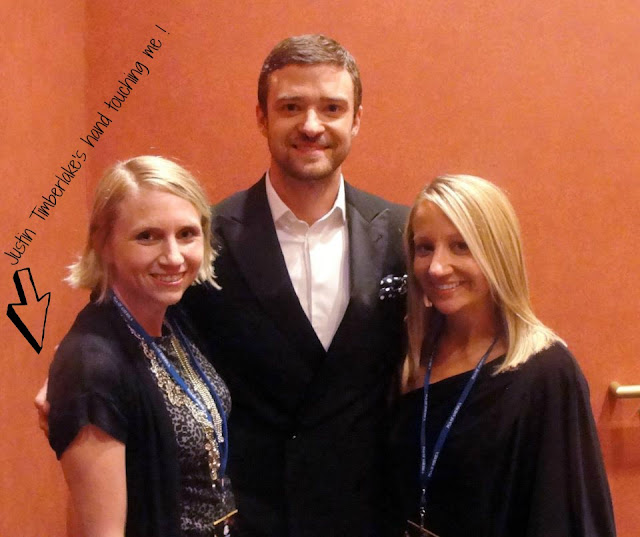 Linking up with Carly and Molly for YOLO Monday!