This weekend was one of the first in what seems like an eternity that we didn’t have somewhere to go or something to do.  We just stayed at home and got some things accomplished, despite of the heat wave that has descended upon the Midwest.  Holy hell, is it hot out.  The humidity is practically unbearable.  But I’m not complaining…I’ll take this over the icy, frigid winter that is just around the corner any day.

So, we did old married people with kids kinds of things.  I worked in my garden, clawing up the earth around my vegetable beds to aerate it.  I guess this is something you’re supposed to do?  I don’t know for sure…I’m a novice gardener for sure.  I also spread some stuff called “Rabbit Scram” around the perimeter of the garden to keep away the nasty little bunnies that have been noshing on my lettuce and beans.  It’s 100% organic so it won’t hurt the little bastards, but it smells disgusting.  It’s made from dried blood, garlic, and cloves.  Blech.  As well as some organic vegetable food stuff so my peppers hopefully stop looking so sad and pathetic and on the brink of death.

My husband and I also cleaned and organized the entire garage.  Okay, so it was mostly my husband.  I helped for about half an hour before I got really hot and bored and overwhelmed and found other things to do that involved being in air conditioning.

Here’s some pics of the project in progress: 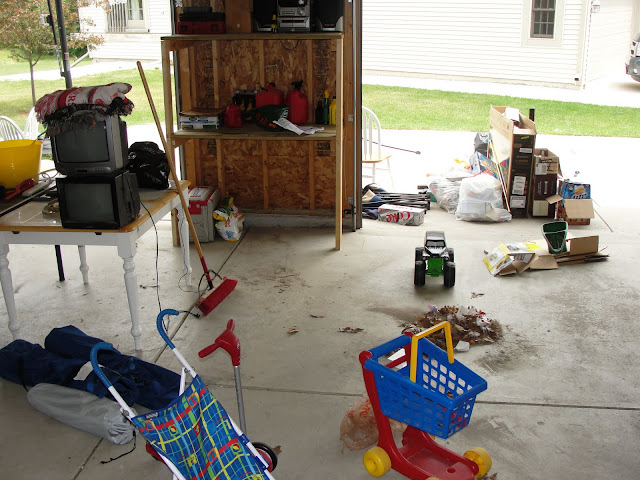 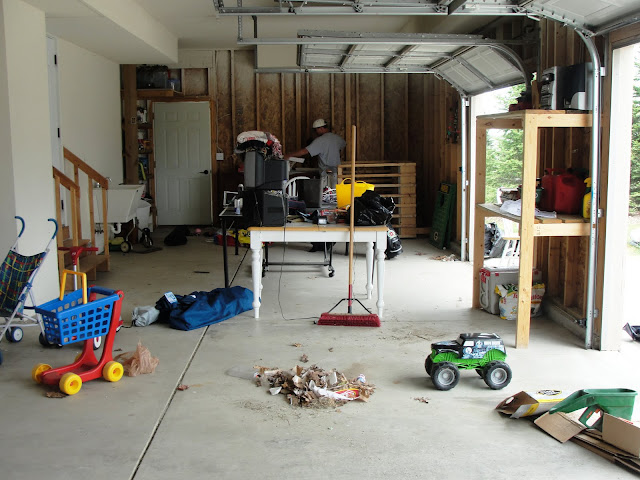 These were actually taken about two hours into the job so they don’t really give the full picture of how bad it was in there.  Take my word for it, it was pretty bad.  The makings of an episode of Hoarders: Buried Alive  bad.  Have you ever watched that show?  I’m addicted to it…it somehow makes me feel better about myself.﻿ 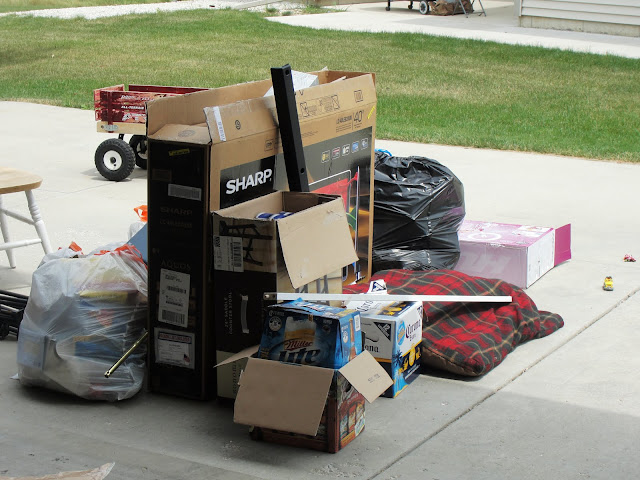 This is all the garbage and recycling we found in there.  Man.  Now that it’s clean, maybe we’ll be able to fit both of our cars in our three car garage.  Imagine that.
We did manage to sneak in some fun this weekend as well: 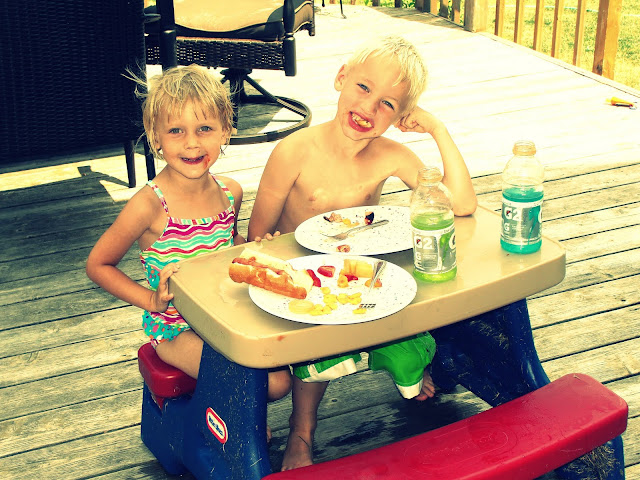 There were grilled hot dogs on the deck, 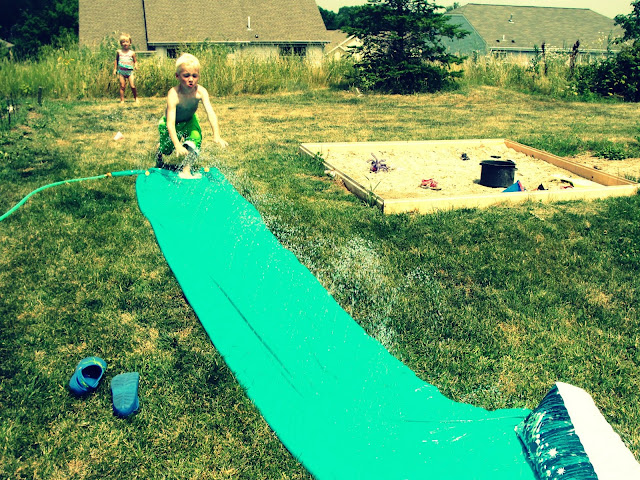 And lots of slipping, 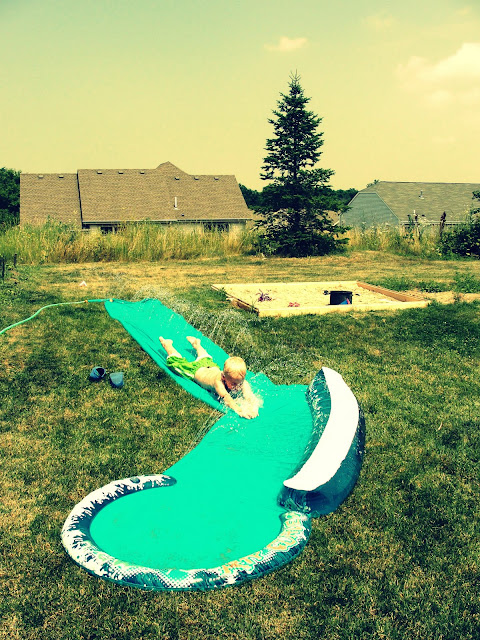 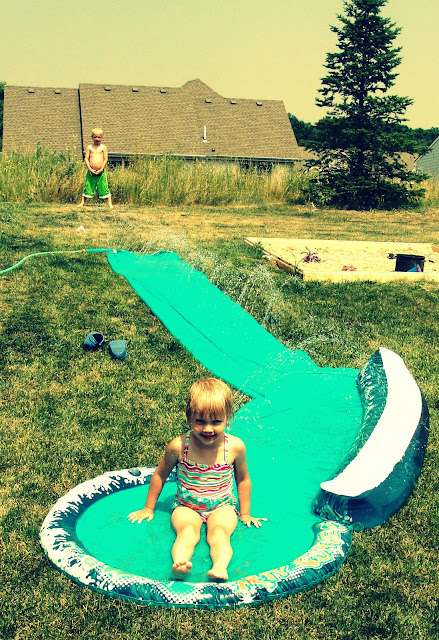 and peaceful wading in the cold water!
I was SO tempted to get my pasty self into a suit and join them.  It was so freaking hot.  I totally would have too, if it weren’t for the fact that my neighbors were out in their lawn all day.  We’re just starting to get to know them and I didn’t want to scare them off too early in the relationship.
I’ll save that for later.
I have a feeling I will be doing some slipping and sliding before summer’s end.  Life is too short not to!
Stay cool everyone,
xoxo
Jen
FacebookTweetPin